You are not connected. Please login or register
SPFL Do not sign FA's at all till 8 pm est tommorow (WED). If u sign b4 8 pm est ill cut them and u will get killed via cap. At 8 pm est you can sign a max of 4 FA's this season.Make sure u fill your roster needs via FA. Pre-season is open once u fill roster spots. Deadline to cut roster to 53 players max is Thursday at 9 pm est. If you dont make cuts u may lose player u wanna keep. Im advancing week 1 preseason at 10 pm est WED and advancing to Week 1 Thursday night at 9:30 pm est. So you can get 2 preseasn weeks in b4 i advance us. Injuries off for pre-season. Check your xbox live messages for info. Remember to message your opponent within 24 hours of advance and let me know if no reply 1 day before advance.

When the most storied franchise in NFL history sets single-season records for points scored and total wins in one season, you might expect that it would be the center of the NFL universe. Alternatively, if a team is 21-2 in its last 23 games over the past 18+ months, you would expect that team to be the preemptive favorite to win the Super Bowl entering the NFL season. Yet as the Packers enter the 2012 campaign with both of these feats achieved, they seem to be very much under the radar after a late-season swoon saw a disappointing loss to the Kansas City Chiefs foreshadow a thorough beating at the hands of the eventual Super Bowl Champion New York Giants in the playoffs. Even with a disappointing end to last season, the Packers have many reasons to feel optimistic heading into this season. When the Packers are in rhythm on offense, they are simply unstoppable and are led by a first-tier signal-caller. The Packers have added many new faces to a defensive unit that struggled mightily last season after seeing All-Pro safety Nick Collins career cut short by a neck injury. Randall Cobb added a spark to the special teams that Lambeau Field has not seen since Desmond Howard wore green and gold, while the kicking game is very solid, as well. If the Packers don't find creative ways to beat themselves this season, it is hard to imagine their season ending shy of the NFC Championship. 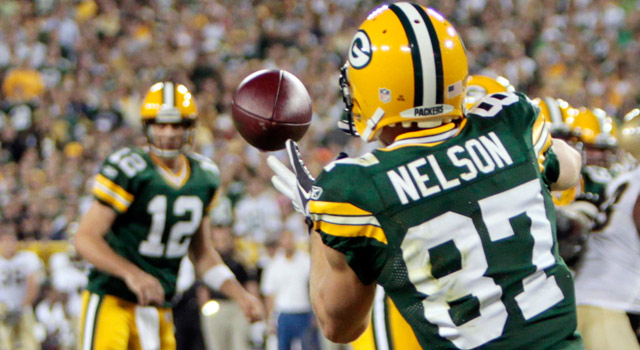 Aaron Rodgers is coming off an astonishing MVP season in which he set statistical standards that are nearly impossible to replicate. In addition to passing for 4,643 yards, averaging 9.2 yards per attempt with a 68.3 percent completion rate, he had an absolutely ridiculous 45-6 touchdown-to-interception ratio. There were times last season when watching Aaron Rodgers play was like playing Madden 2001 on Rookie difficulty. He has a perfect grasp of the offense, and can tuck it and run when he needs to (257 rushing yards and 3 touchdowns last season). A true dual-threat quarterback, Rodgers is the new standard to which all signal-callers measure themselves in the NFL.

Rodgers is surrounded by arguably the best offensive supporting cast in the NFL. Greg Jennings has emerged as one of the best pass catchers in the league, and he is complemented by break-out star Jordy Nelson (who logged 15 touchdowns in 2011). James Jones provides a third option who would serve as a #2 on most teams, while the Packers all-time receiving leader Donald Driver is the fourth option. Rounding out the riches at wide receiver is the dynamic Randall Cobb, who has as much big-play ability as any receiver on the team. The Packers also have a strong contingent of tight ends. Jermichael Finley was hampered by inconsistency in 2011, but is one of the most athletic tight ends in the league. Andrew Quarless and Tom Crabtree provide playable depth at the position and allows Green Bay to use 3-tight end sets as a passing threat.

The running backs are the only question mark on offense, as the unheralded but consistent Ryan Grant was released this offseason. James Starks will be asked to start at tailback, but his history of injuries and inconsistency is a concern for Packers fans. Should he falter, second-year tailback Alex Green will be asked to shoulder more of the load. Brandon Saine is a solid third back, but is more of a threat in the passing game out of the backfield on third downs.

The offensive line is remarkably solid, especially if second-year tackle Derek Sherrod rebounds from a broken leg. Sherrod did not allow a sack in his last two years of college football at Mississippi State, and could be an excellent blind-side protector for Rodgers. If Sherrod can not play, Marshall Newhouse will start at left tackle, and the Packers will have to deploy extra blockers to Rodgers' blind side. Bryan Bulaga has blossomed into a premier right tackle. Josh Sitton is among the best interior linemen in the league and will be paired with TJ Lang as the starting guards. Losing Scott Wells (Rams) at center hurts, but signing Jeff Saturday as a veteran replacement is a savvy move that should show no ill-effects.

To say that the Packers defense was a disappointment last year would be an understatement. The Packers had numerous problems and ranked nearly last in every defensive yardage metric the league keeps a record on. The biggest problem that Packers faced was an inability to pressure the quarterback. Drafting LB Nick Perry out of USC to pair with Clay Matthews as the edge rushers should provide a boost to the pass rushing corps. The interior linebackers are led by Desmond Bishop, who emerged as a stud last season. Complementing Bishop will be AJ Hawk or DJ Smith, both solid options. The defensive line is very solid, and does a very good job occupying blocks so the linebackers in the 3-4 scheme can make plays. Ryan Pickett and Jarius Wynn start at the end spots, while BJ Raji will return as one of the best nose tackles in football. Second-round pick Jarel Worthy will provide playable depth on the line.

The secondary looks to rebound from a dreadful 2011 season. When Nick Collins suffered a season-ending injury in Week 2, the secondary was never able to replace him. Although Morgan Burnett and Charlie Peprah played valiantly at safety, they simply were unable to cover the same amount of field that Collins did on a routine basis. With schematic changes in the secondary, look for the safeties to get a little more help from the corners and linebackers in coverage. Burnett returns as the free safety, while strong safety is to be determined. Future Hall of Famer Charles Woodson has offered to play safety should second-round pick Casey Heyward is ready to start at corner. All -Pro Tramon Williams is an entrenched starter at cornerback, and will draw the opponent's #1 target each week. Sam Shields has shown flashes of playmaking ability, and is a reliable third corner. 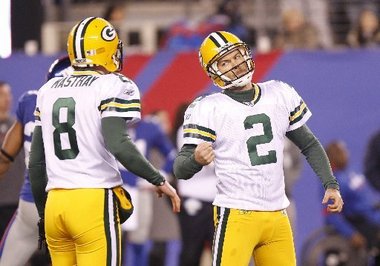 
Mason Crosby has emerged as a very reliable kicker, going 24-for-28 last season (2-3 from 50+ yards). He has demonstrated an ability to kick from as far as 60 yards depending on field conditions, and will likely keep opposing teams from any big plays in the kickoff return game. Likewise, Tim Masthay is a very reliable punter with a knack for downing opponents inside the 20 while averaging over 45 yards per kick. Randall Cobb is a dynamite kick returner, achieving both a kick return touchdown and punt return touchdown last season.

Coach and Season Schedule
The Packers have a surprisingly lax schedule for a team that boasted the best record the previous season. There are six relatively easy contests against the Seahawks, Colts, Jaguars, Rams, Titans, and Cardinals to pair with two games against the struggling Vikings. The round-robin between the Packers, Lions, and Bears will determine the NFC North, with likely at least one Wild Card coming from the division. The Packers are as close to a lock to making the playoffs as there is in the league

Head Coach Atomic Martian plans on building on last seasons success on the road to the super bowl starting week one vs the up and coming 49ers.